The next few posts will show the items I have for the different Receiving Houses in the Taunton Penny Post after 1828, beginning with an entire that has an unboxed RH handstamp from 1836, that I believe is a "No.3" - because it originates from Crowcombe which was the No.3 Receiving House after 1828. 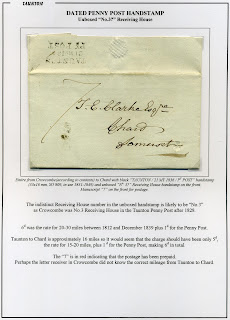 Next an unboxed "No.4" from Stogumber, used after the introduction of the Uniform Penny Post in 1844 as a receiving handstamp. 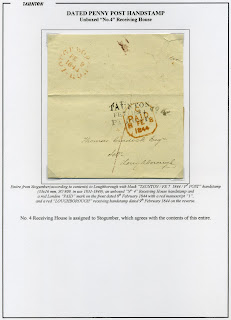 And an unboxed "No.5" from Monksilver Parsonage in 1831 that could be from Bicknoller (although Monksilver had its own Receiving House, No.10, at some stage) - the scan shows a bit of the contents - how anyone could read it I don't know. 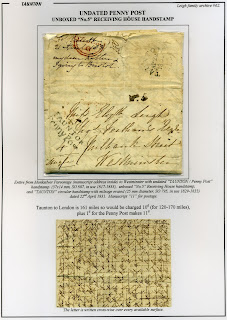