Taunton - Half Circle and Circular Handstamps

Moving on to the curved handstamps in the late 1790s, I have examples of two handstamps - firstly from 1794 and 1795 here are two examples of a half circle handstamp. 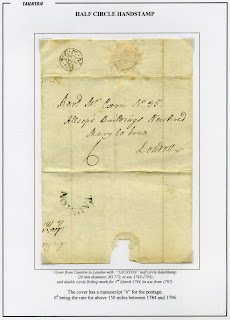 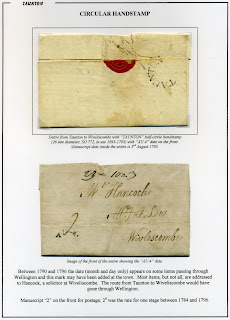 Then a full circle handstamp - I have a number of examples of this handstamp, upwards of two dozen !  They are all from the courtship of Miss Frances Oliver of Bath by William Leigh of Bardon, near Taunton in 1797.  Some of the entires I have were sent every day or up to three a week.  They were married by 1798 as a letter in September 1798 addressed to "Mrs W. Leigh" evidences.  Here is an example of the handstamp, not part of that correspondence. 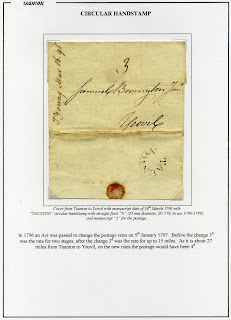