Airgraphs were letters that had been photographically reduced to be sent by air (at reduced wight and space) and then printed at the other end.  They were employed during WW II, initially for forces in the Middle East.

This first example is an Airgraph sent in June 1943 to Ilton ... 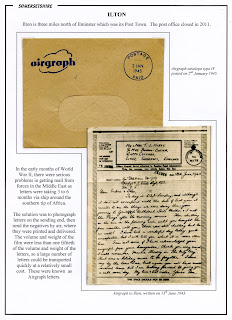 ... while the second example is an Airgraph that was sent from Wellington in july 1944. 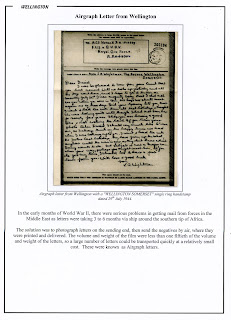 The item below is from Crewkerne to Bath but was "Accidentally dropped on way to postbox during snow storm" as a result of which the postage stamp came off.  It received a cachet for 6d to pay but the recipient may not have had to pay as there are no postage due stamps. 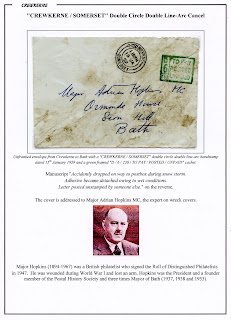 The recipient of the next item, a postcard from Highbridge, did have to pay postage due.  The postcard opens to show a number of views of Burnham-on-Sea and as a result should have been franked for the Letter rate. 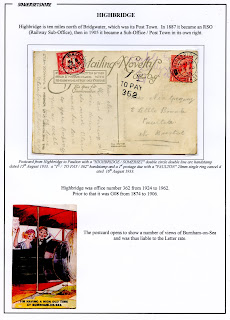 Posted by leamphil at 07:00 No comments:

Email ThisBlogThis!Share to TwitterShare to FacebookShare to Pinterest
Labels: Crewkerne, Highbridge, Postage Due

Here are a couple of items from Bath, the first a Penny Post cover with a boxed "No.3" handstamp from 1838.  This handstamp was in use at the Walcot/Grosvenor receiving house.  The writer of the entire, Wade Brown, lived at Monkton Farleigh manor house from 1842 and built "Brown's Folly" using agricultural labour during slack time. 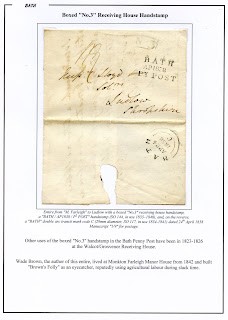 This next item is a cover that was mis-directed to Bath in 1843, with the maltese cross cancel on a turned over piece of the postage stamp. 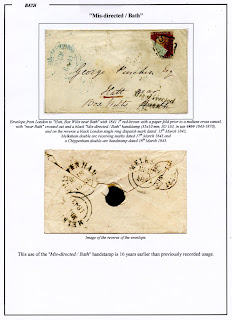 Posted by leamphil at 07:00 No comments:

The entire below has an example of the rare "FROME / Penny Post" handstamp from May 1825.  The letter was from Beckington which was in the Bath, Bradford and Frome Penny Posts from August 1814. 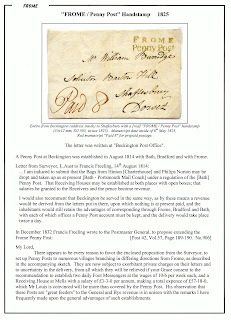 Street - The Independant Order of Rechabites

An interesting envelope below from November 1931, with an illustration for The Independant Order of Rechabites. 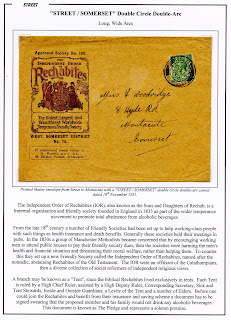 Email ThisBlogThis!Share to TwitterShare to FacebookShare to Pinterest
Labels: Street

Yeovil - a couple of items

Here are a couple of items from Yeovil, the first being a returned letter with a "YEOVIL / M.O & S.B" handstamp from September 1888.  The letter was undelivered because the partnership of solicitors to which it was addressed had been dissolved, and the letter was then returned in the OHMS envelope shown below. 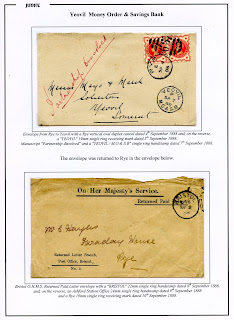 The second item is a an envelope with a mis-dated meter mark from June 1986 and a violet cachet reading: 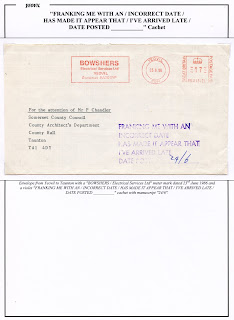 One of the early mileage marks that I missed out in my earlier posts is the "144 CHARD" mark.  I have now managed to acquire a copy, which can be seen below.  The mark is only known used in 1786. 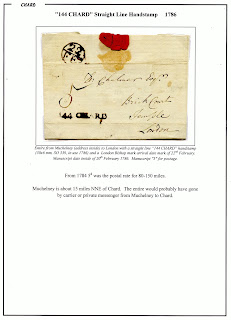 The Electric and International Telegraph Company receipt at Taunton 1865

Below is illustrated a receipt from the Electric and International Telegraph Company issued at Taunton in February 1865. 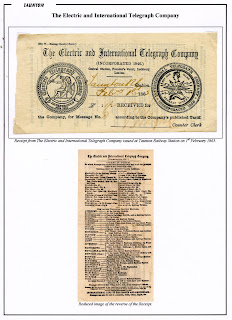 Here is a curiosity - the envelope for a Week End Telegram to Bridgwater in November 1918. 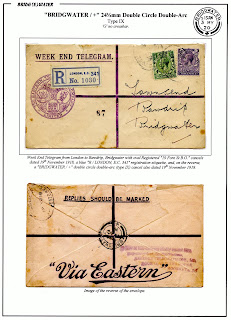