Skipping over the period from 1800 to 1818 (as I don't have any of the four handstamps from that period), one comes to a series of circular handstamps of different sizes with the mileage to London (161).  Firstly one with 'o's in the handstamp from 1817. 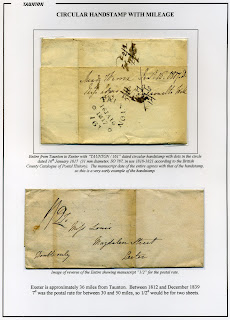 Then a couple of examples of a slightly smaller handstamp without any 'o's.  The letters in "TAUNTON" are more narrowly spaced than a later handstamp. 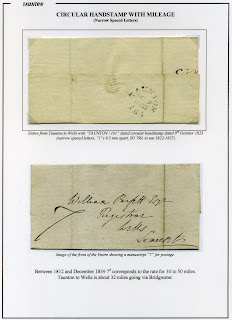 This second example is a Free front and also has an undated Taunton Penny Post handstamp. 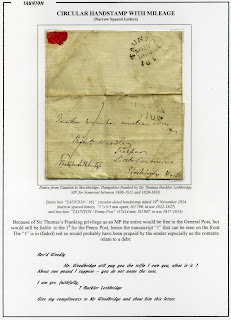 Then another example of the narrow spaced handstamp above and an example of a wider spaced one from 1828. 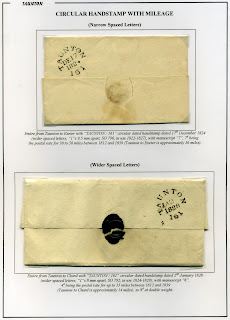 And finally a further example of the wider spaced handstamp, also with an undated Taunton Penny Post handstamp. 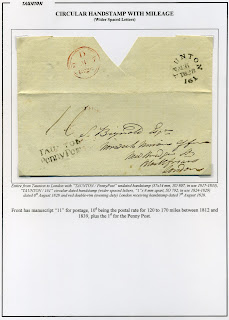