Here are a few more random Bath items, starting with a registered envelope send within Bath in December 1891 that has been marked as fragile - with diagonal blue lines in addition to the normal crossed lines. 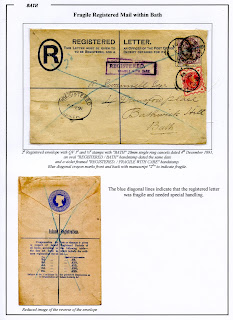 This next envelope was posted in June 1895 and features an envelope with advertising on the reverse. 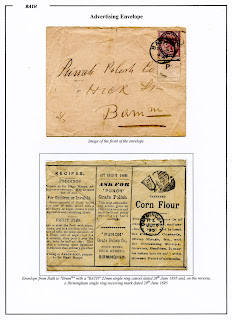 This registered envelope, sent in June 1922 to the USA, is postmarked "GROSVENOR / BATH" and was sent at the reduced 'Empire' rate. 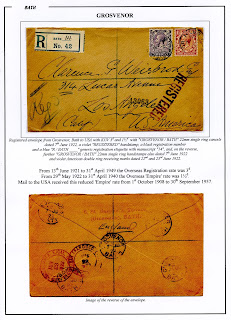 And finally here is a page from a Post Office Savings Bank Book with "WESTMORELAND . BATH / SOMERSET" single ring handstamps from January 1950. 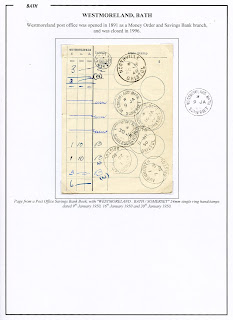 Here are a couple of Great Western Railway items associated with Bath, starting with an envelope from April 1894 with a GWR 2d stamp - there was an additional fee for the conveyance of letters by railway of double the normal postage charge.  Both the GWR stamp and the normal stamp are cancelled by "BATH / 53" 3-bar vertical oval duplex cancels. 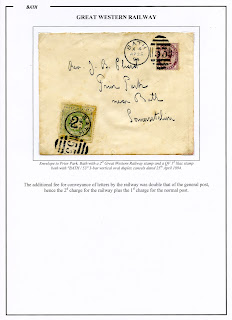 This second item from February 1908 also has a 2d GWR stamp, but in this case both stamps  are cancelled by double framed "G.W.R / BATH" rectangular cancels. 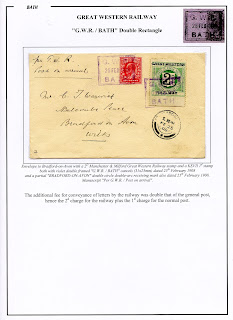 The Royal Mail centre near Filton, Gloucestershire processes mail from the Bath, Bristol, Gloucester and Taunton areas, using a single "Royal Mail / BA, BS, GL, TA / Mail Centre" inkjet cancel that does not indicate where the mail came from.

So here is an example from Bath (from a well-known stamp dealer with his address label on the reverse): 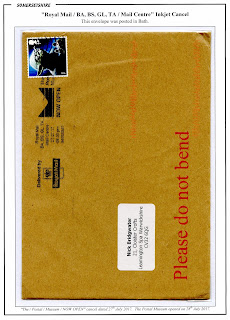 This next sheet has two more examples of exactly the same "Royal Mail / BA, BS, GL, TA" cancel, but this time the first is from Easton-in-Gordano so is in my collecting area of Somerset and the second was posted in Cheltenham so is not. 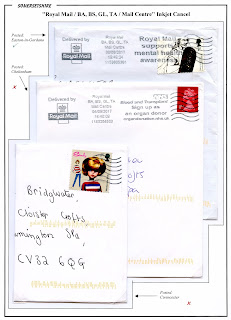 The third cover above just has 7 wavy lines (nothing indicating where or when it was posted) ... and happens to have been posted in Cirencester - so not in my collecting area but should have received the same "BA, BS, GL, TA" cancel.

The two covers below were posted in Bath and were received on the same day, the first with multiple strikes of the hand canceller issued to all postmen and the second with the same 7-wavy line cancel as on the bottom cover shown above. 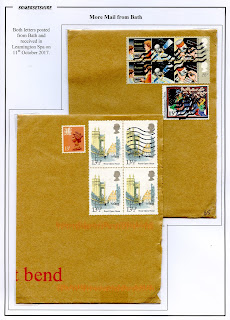 A brief diversion to Bristol (maybe a foretaste of things to come) with a pre-printed Mulready letter sheet from Bristol to Tetbury from the Bristol Stamp Office in June 1842.  The Mulready has a black maltese cross and a characteristically vermilion double-arc back-stamp. 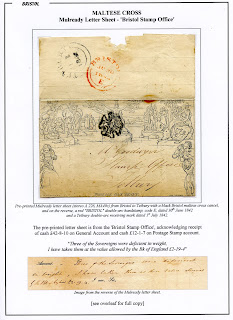 The reverse of the Mulready from the Bristol Stamp Office saying "Three of the Sovereigns were deficient in weight.  I have taken them at the value allowed by the Bk. of England "2-19-4". 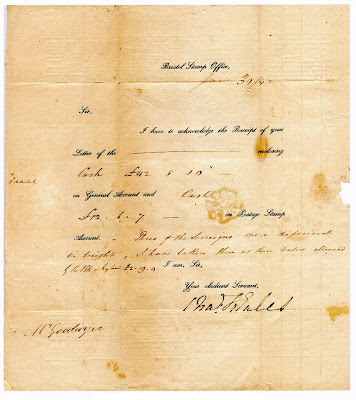 In the middle of 1909 Bath held a historical pageant over five days.  Here is an unused postcard showing a decorated tram car. 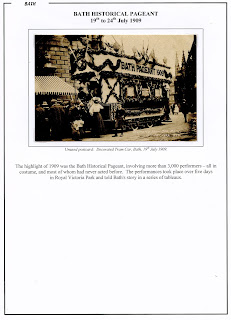 This next item is an envelope sent Express Delivery from Bath to Nottinghamshire in November 1941.  The Express Delivery cost an extra 6d per mile, the express delivery being from the destination post office to the delivery address. 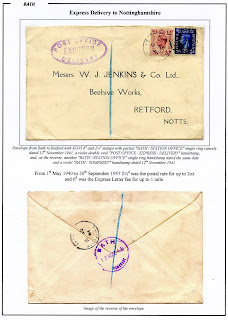 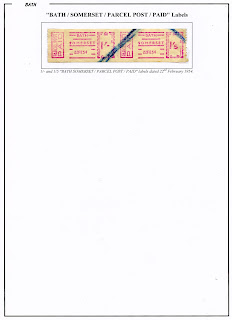 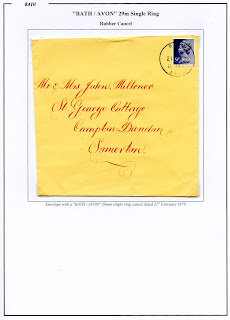 And finally a piece with a Bath Delivery Office cancel from September 2016. 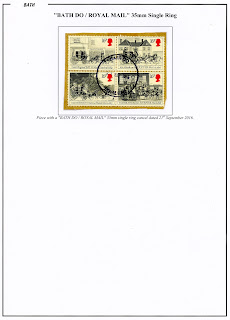 A random selection of Bath items from the 19th century, starting with an entire from Bath to London, that was then reposted to Lancaster.  The initial postage from Bath was 7d, and the reposted entire to Lancaster was another 8d. 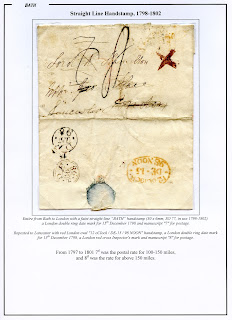 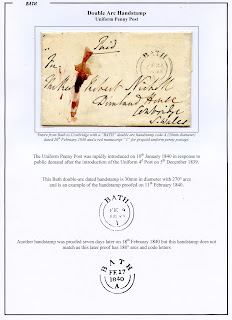 This item from September 1858 is from the Belevedere region of Bath (later called Belvidere) to Edinburgh, with a straight line "BELVEDERE" handstamp (known used 1850 to 1852). 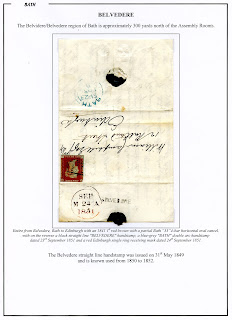 And finally some printed matter from London to Bath in January 1858 with a Bath single arc handstamp as a receiving mark. 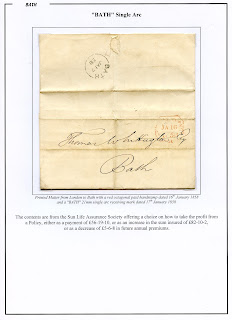 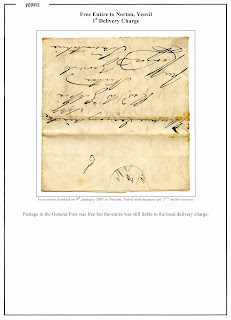 Here are two covers from December 1930 with West Pennard cancels, both with railway connections.  The first has a seal on the reverse for "The Southern Railway Company" while the second is a Notice of Arrival of Merchandise from the Somerset & Dorset Joint Railway. 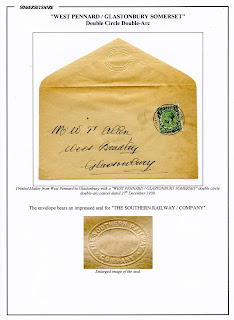 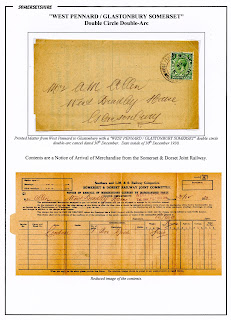