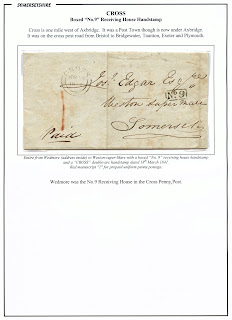 Below is a new acquisition, an unboxed "No.19" in the Bath Penny Post in 1837.  The entire is addressed from Paulton. 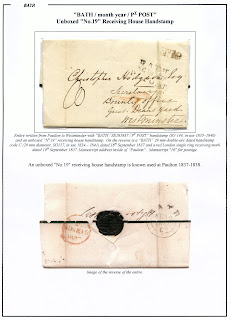 An unboxed "No.19" receiving house handstamp is known used at Paulton in 1837-38 in the Bath Penny Post.

The cover illustrated below was posted from Wincanton to the USA in October 1916 by Charles King, a stamp dealer. 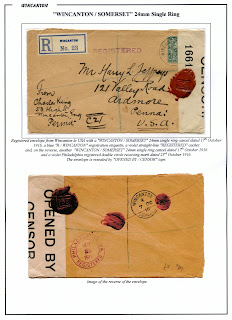 As a stamp dealer, he had to have a permit to send stamps abroad.  His was number C21, as is written on the front of the cover.
Posted by Leamphil at 07:00 No comments:

The Wincanton straight line mark shown below is known used from 1801 to 1807.  The entire, to Birmingham, is undated apart from "1st July". 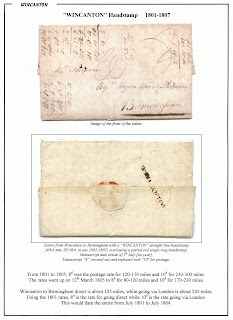 Email ThisBlogThis!Share to TwitterShare to FacebookShare to Pinterest
Labels: Wincanton

The "BRUTON" straight line handstamp illustrated below is known used in 1797 and 1798. 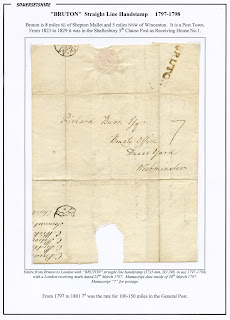 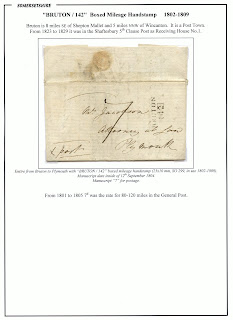 Email ThisBlogThis!Share to TwitterShare to FacebookShare to Pinterest
Labels: Bruton

A Trio of Advertising Envelopes

Here are a trio of advertising envelopes, starting with one from Bristol in 1913 advertising 'Fitu' corsets. 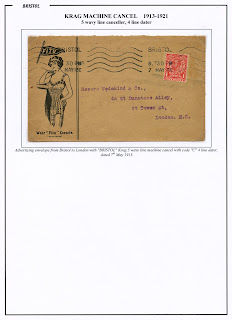 The envelope below advertised Fardon's Vinegar in 1928 - it was sent as printed matter but charged 2d psotage due as it was liable to the letter rate.  The addressee refused the letter. 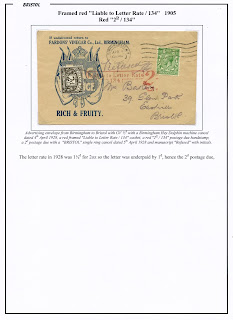 Here is an advertising envelope for Radiac Shirts, Collars and Pyjamas.  The firm was taken over and became part of 'Tootal'. 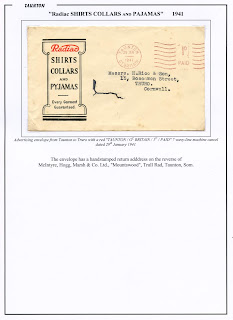 Email ThisBlogThis!Share to TwitterShare to FacebookShare to Pinterest
Labels: Advert

This nice cover below bearing a three colour franking is from Burnham-in-Sea to Switzerland in July 1921.  3d paid for the UPU surface mail while the additional 6d paid for the overseas Express service (typically just the delivery from the local delivery office to the addressee. 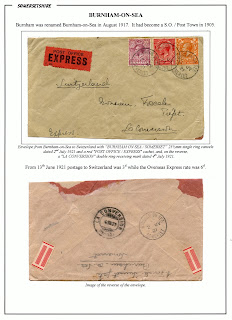 A 'Dulwich' cancel is a double circle double-arc cancel, so called because the first one was issued to Dulwich.

Shepton Mallet has had a number of 'Dulwich' cancels, the earliest type of which were of the form "SHEPTON-MALLET / +" with a maltese cross at the bottom.  Some of these are illustrated on this first sheet - with examples with thin arcs from 1903, slightly thicker arcs from 1905 and thick arcs from 1930.  There are probably more varieties used in the intervening years. 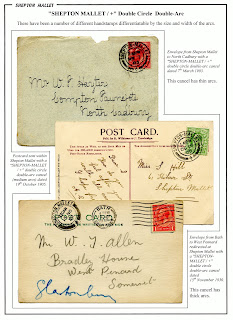 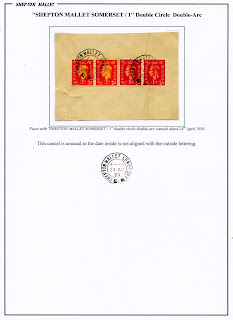 The cancel is slightly unusual as the date inside is not aligned wit the lettering outside. 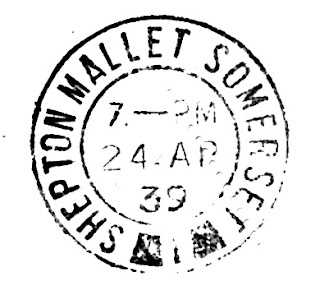