The next two handstamps are similar to the ones just before but have had the mileage removed.  Taking them in the order as in the BCC, the first handstamp has no mileage and was in use from 1829-1833 - this example from 1829 is franked by the MP from Minehead (a "rotten borough"): 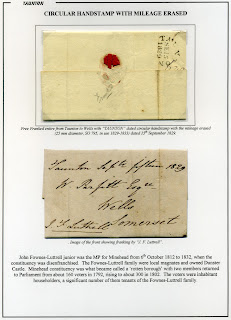 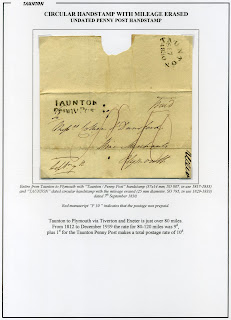 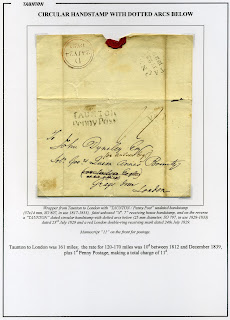 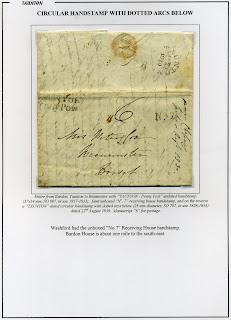 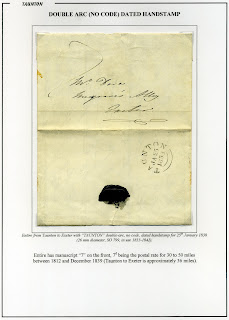