Firstly an introduction from Pigot's 1844 Directory of Somerset - the proposed etymology of "Wiveliscombe" seems a little unlikely ! 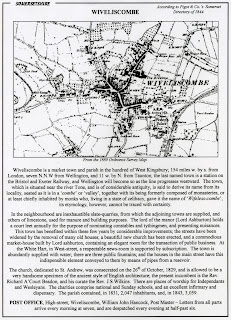 Wiveliscombe did not have an official postal service until 1804, having just an unofficial one from Wellington.  An Official Receiver was appointed in 1804 and the mileage mark "WIVELISCOMBE/175" is known from 1805.  This first entire has "not to be found" written on the front.  It was the practice to return undelivered letters to the sender, although concerns were raised in Parliament over the legality of charging the sender for the postage. 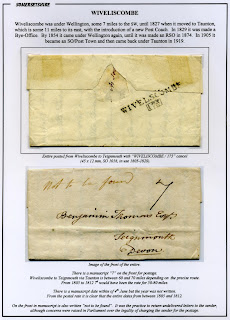 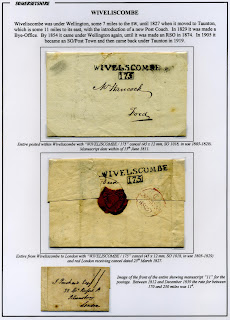 Email ThisBlogThis!Share to TwitterShare to FacebookShare to Pinterest
Labels: Wiveliscombe