Below are a couple of less common barred Numeral cancels, the first a Burnham "581" 3-bar vertical oval single cancel used on a registered envelope in 1881 - there is a second strike on the reverse. 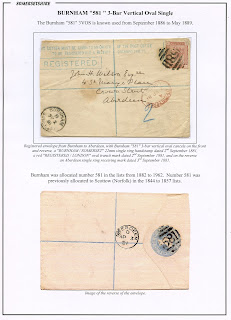 The second is a "358" 4-bar vertical oval single cancel on an undated piece.  This is not from Radstock as Radstock did not get allocated Post Office number 358 until later.  "358" was previously allocated to Eardisley in Herefordshire.  The cancel is c. 1877 based on another example known. 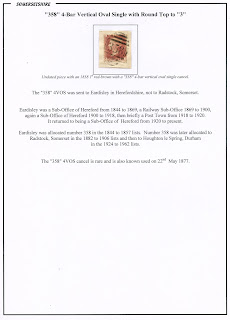