The entire below from Axbridge to Crediton in December 1816 bears earlier examples of the "AXBRIDGE" handstamp, SO 20 (previously known from 1818) and the "WELLS.S / Penny Post" handstamp, SO 935 (previously known from 1817).  The Axbridge handstamp is not crisp and clear like I would expect an early example  to look, but it is definitely an example of SO 20 rather than the earlier and shorter SO 15 "AXBRIDGE (I scanned and overlaid examples of both handstamps to check which matched). 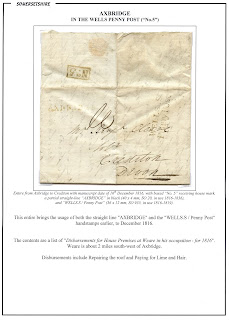 The contents appear to be from a land agent to the owner and include a list of disbursements claimed by one of the tenants. 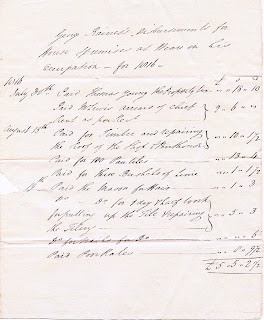