Below is an example of a skeleton from Welton, just outside Midsomer Norton, dated 2nd November 1907.  This is the first example of this skeleton recorded. 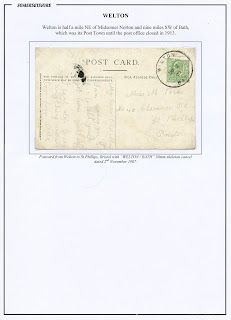