A mixture of Skeletons, starting with Glastonbury from June to July 1911 - both these examples are from 13th June 1911. 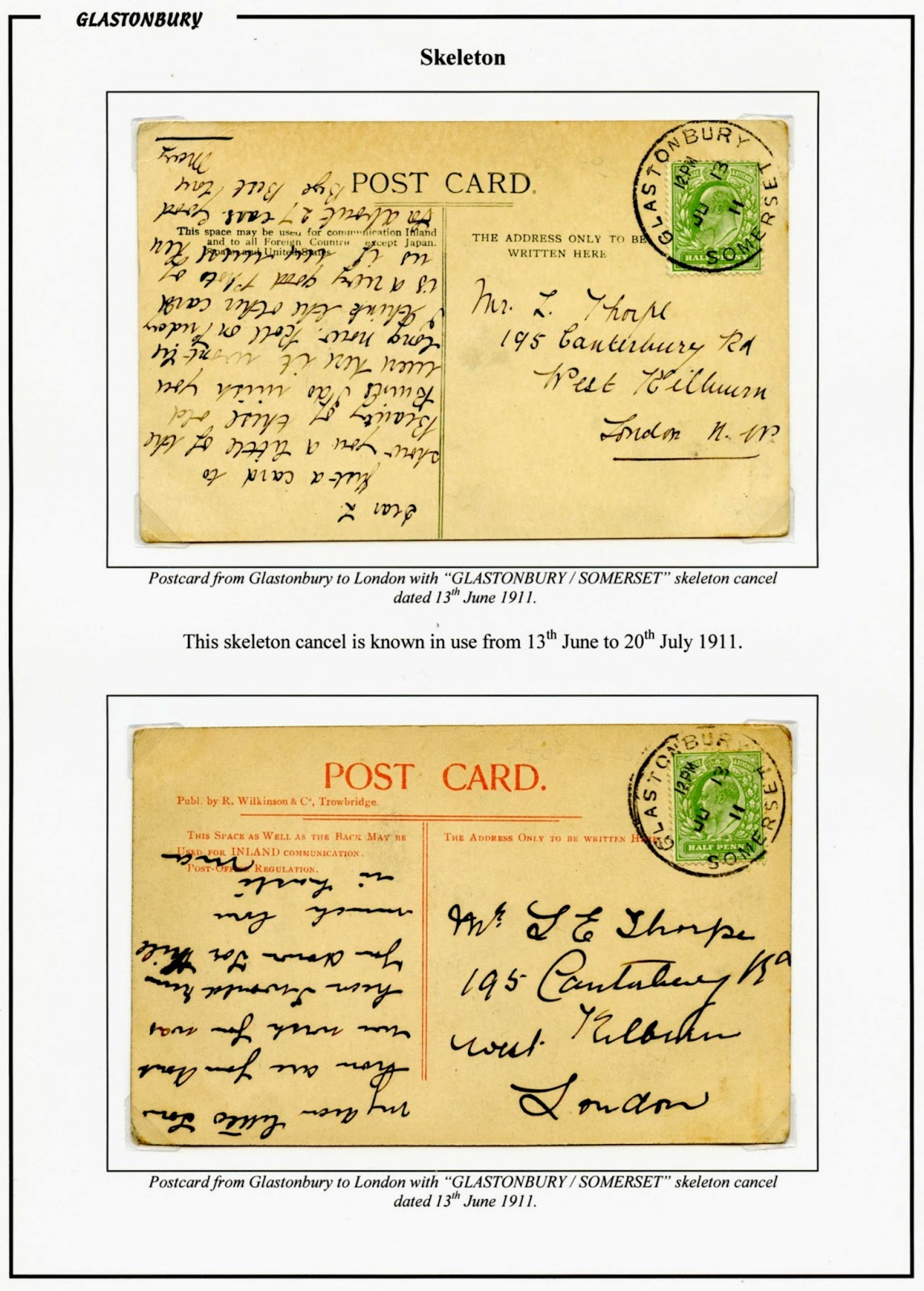 Next a modern skeleton from Horsington, near Templecombe - this one was mispelt "HORSINGTON TEMPCELOMBE" in October to November 1974. 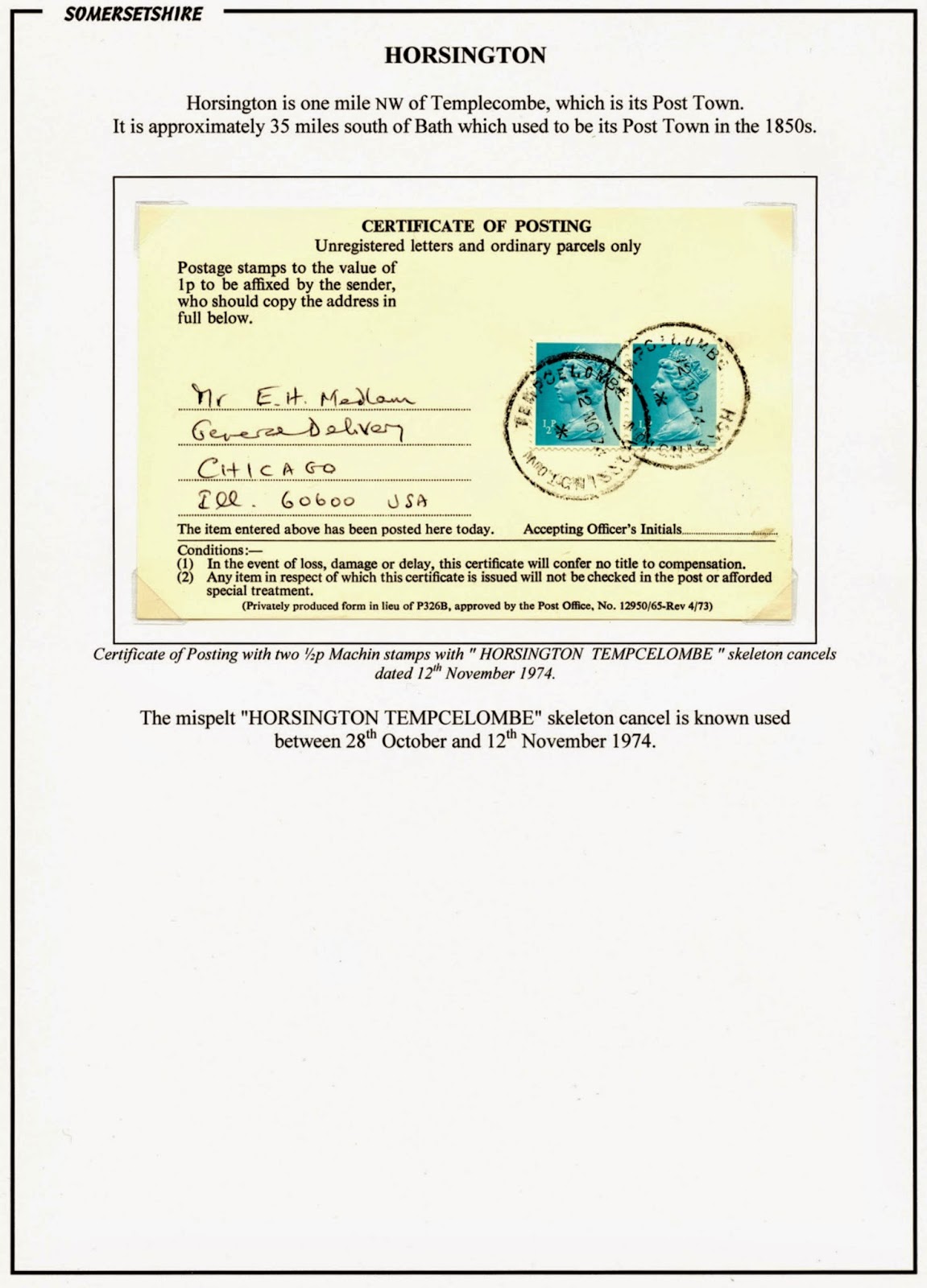 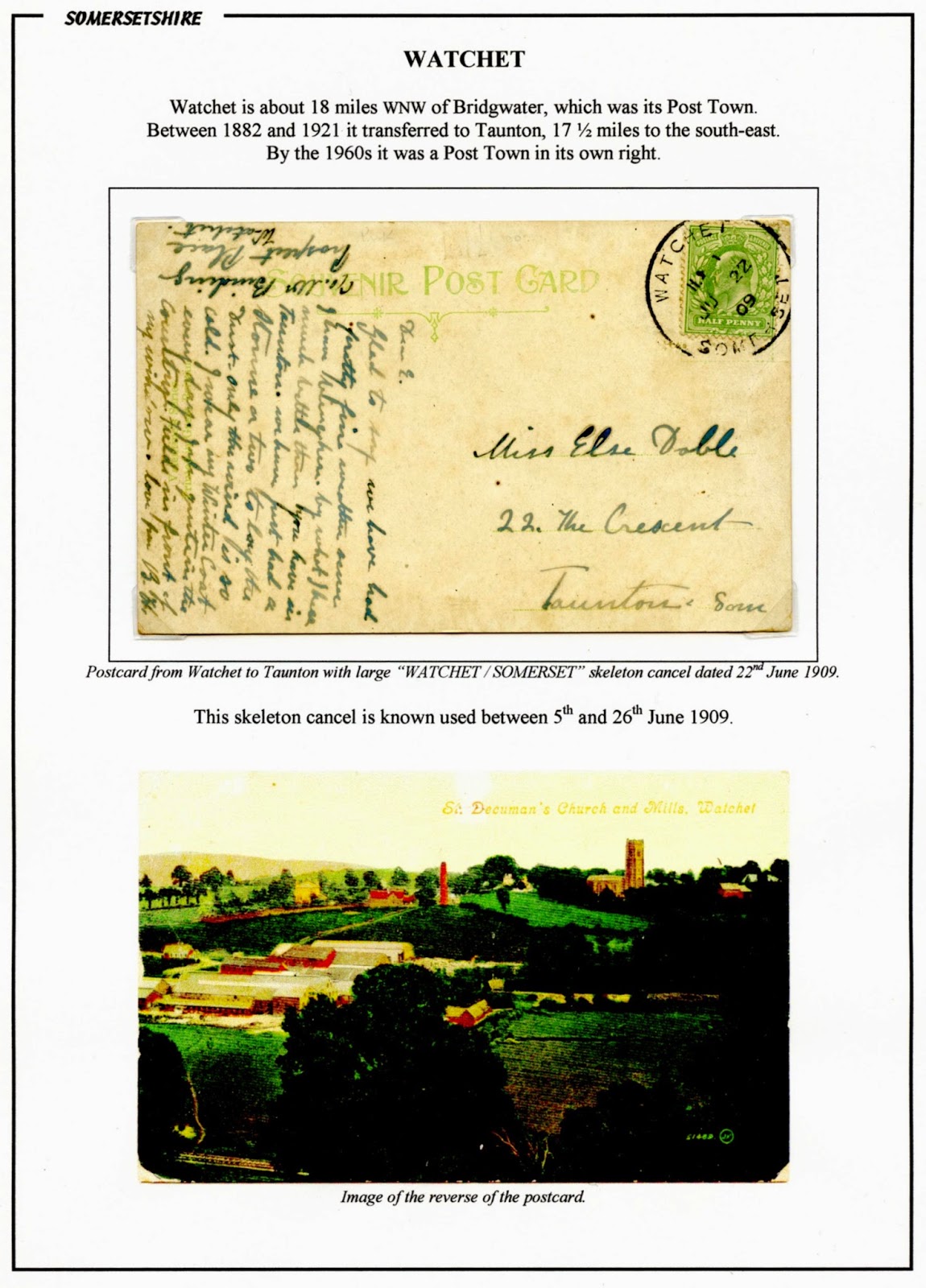 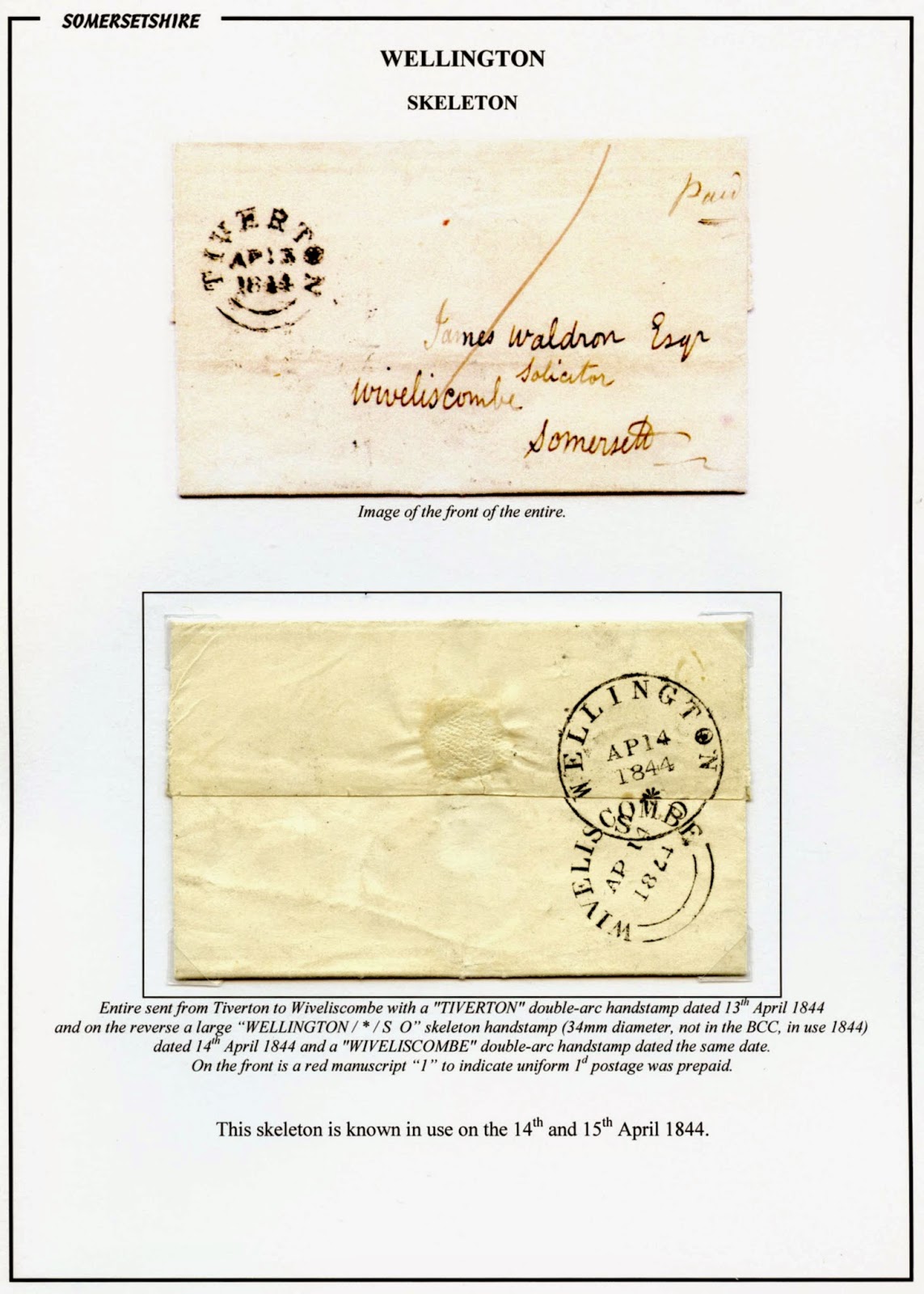