The Bristol Postal History Group is currently revising the early marks (as in the British County Catalogue) as part of its work on all the marks associated with Bristol.  Here are some examples of early Bristol Marks, starting with the "B" with the date inside.  There are believed to be 366 of these handstamps, one for every day in the year and are known used from 1697 to 1721.

These early handstamps are believed to have been carved in wood.  As a result they wore out quickly and had to be replaced.  This gives rise to a large number of similar but different handstamps, making the creation of a catalogue quite a difficult matter (no sooner do you have it finished than another new handstamp turns up).  If you have an early mark then please do send me a scan ! 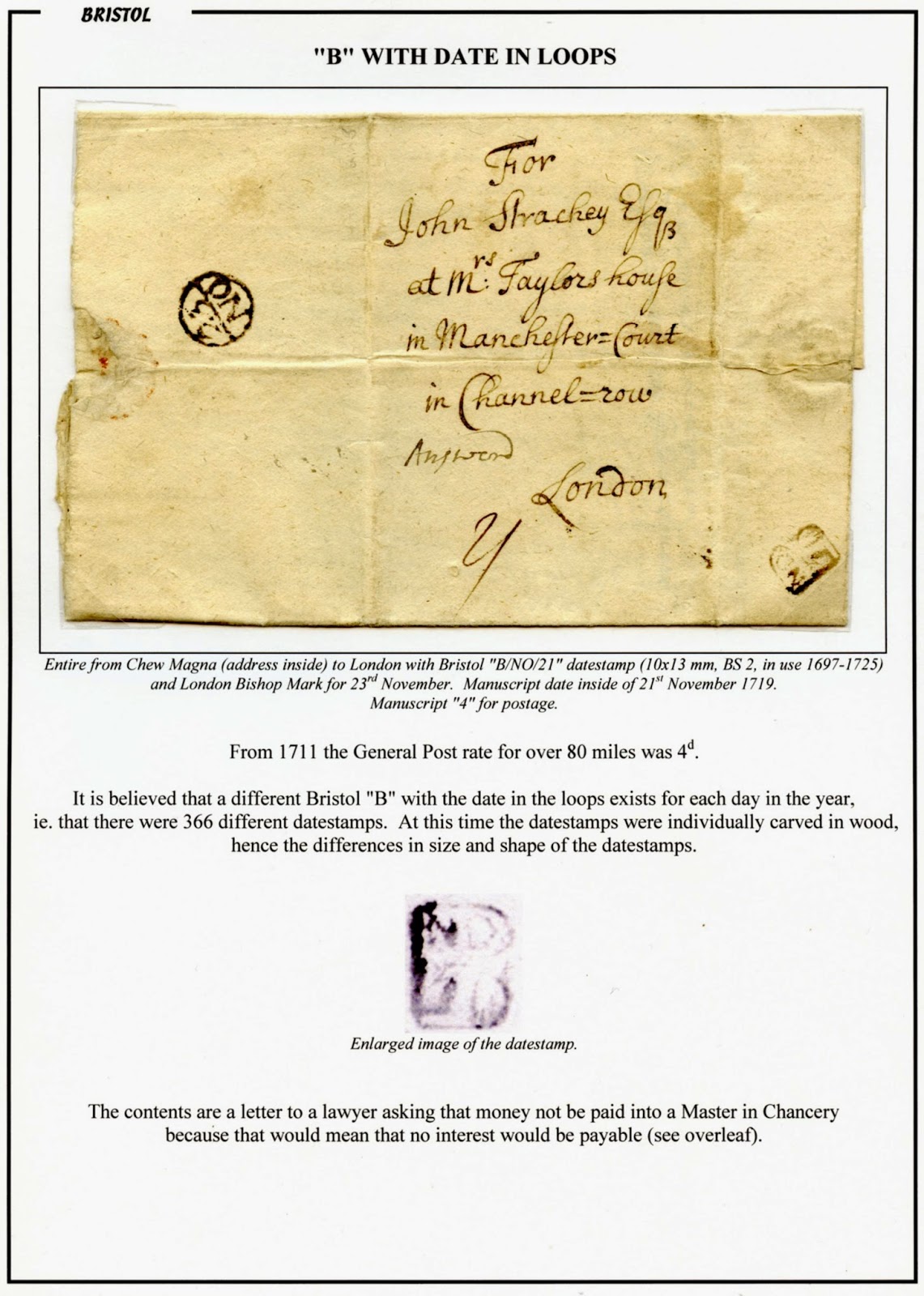 Next there are some straight line handstamps from 1705 to 1734, all rare, unfortunately none of which I have copies of. 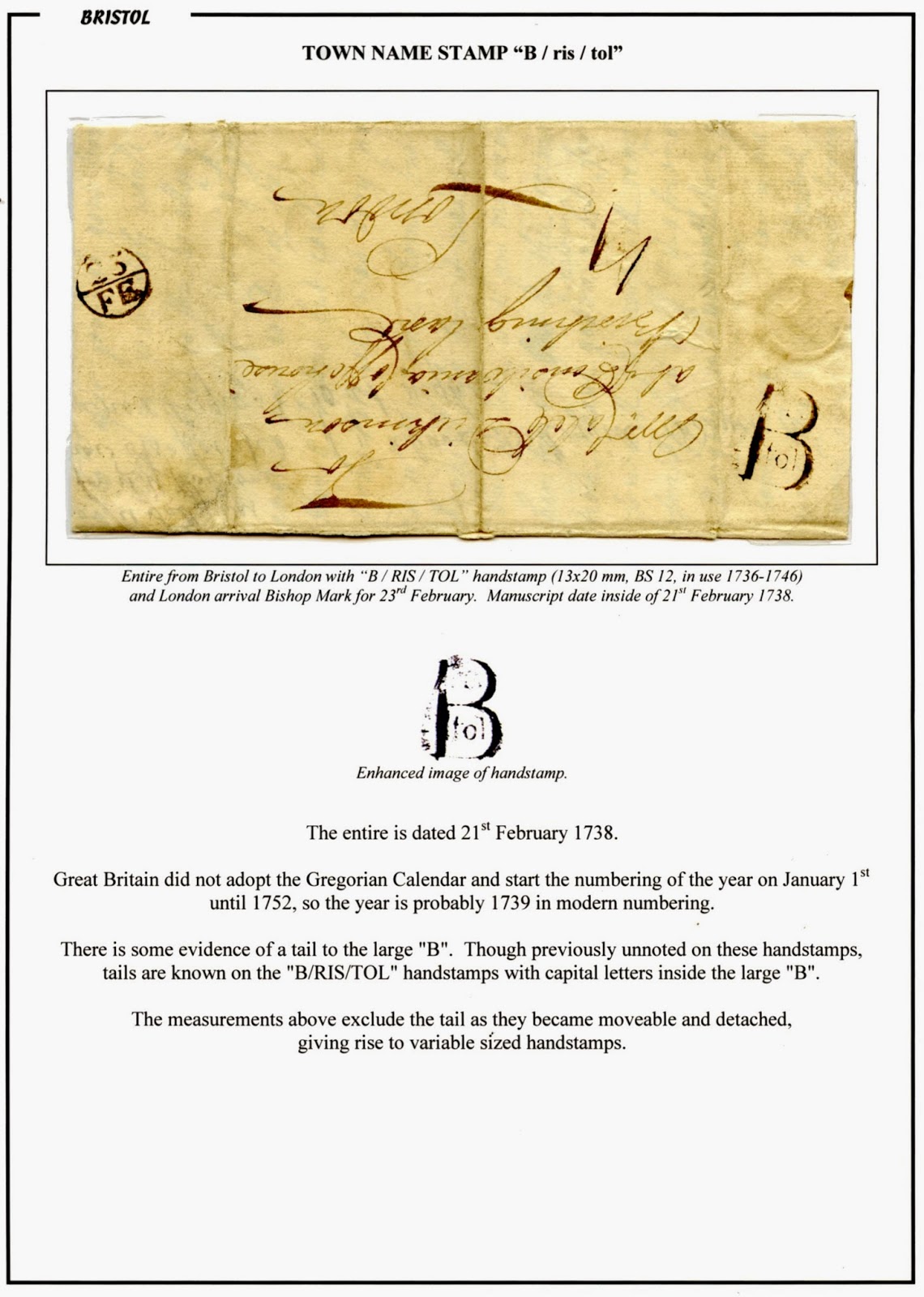 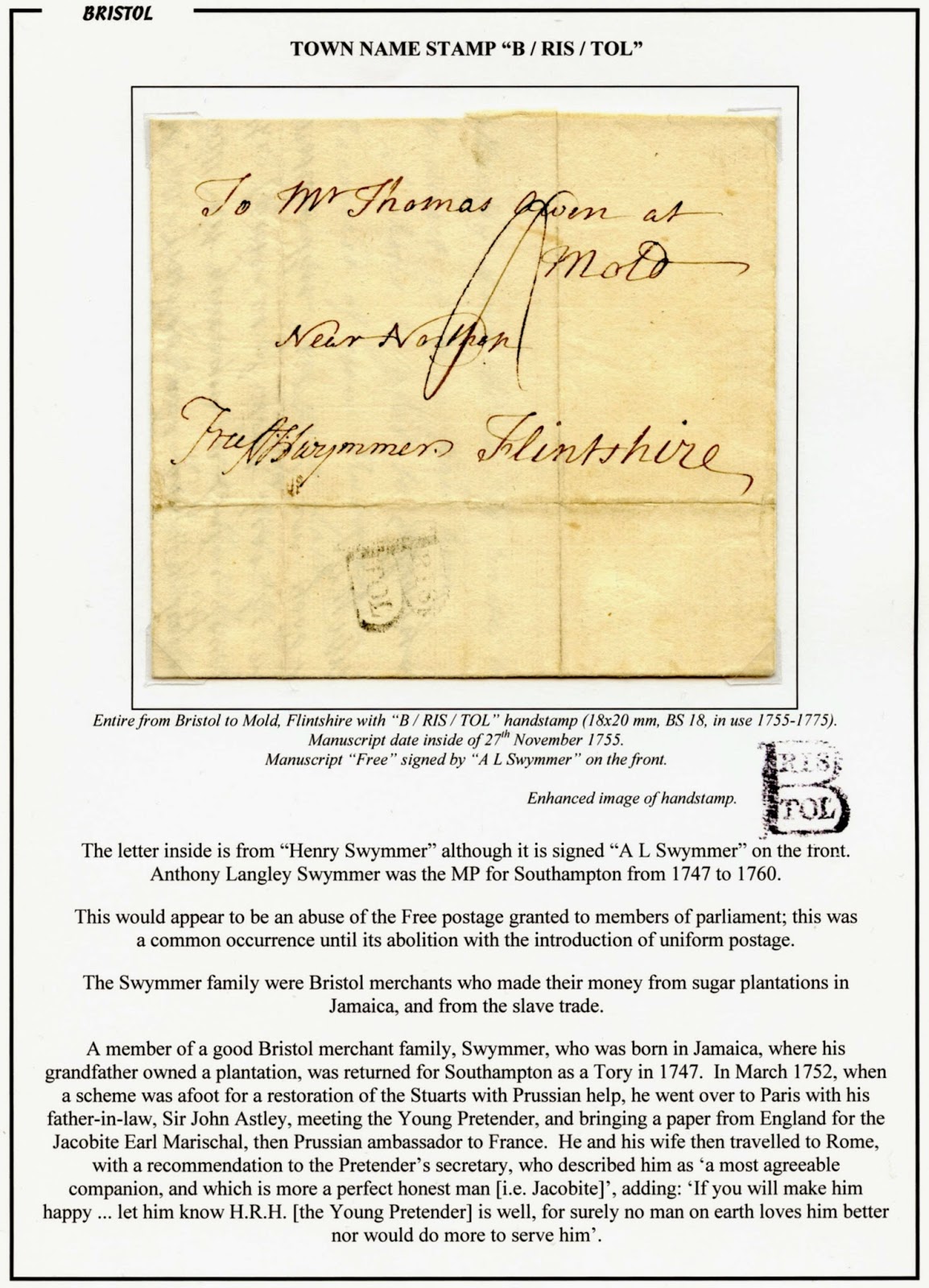 Skipping over more handstamps that I don't have we move to more straight line "BRISTOL" handstamps from 1773 to 1798, one of which is here. 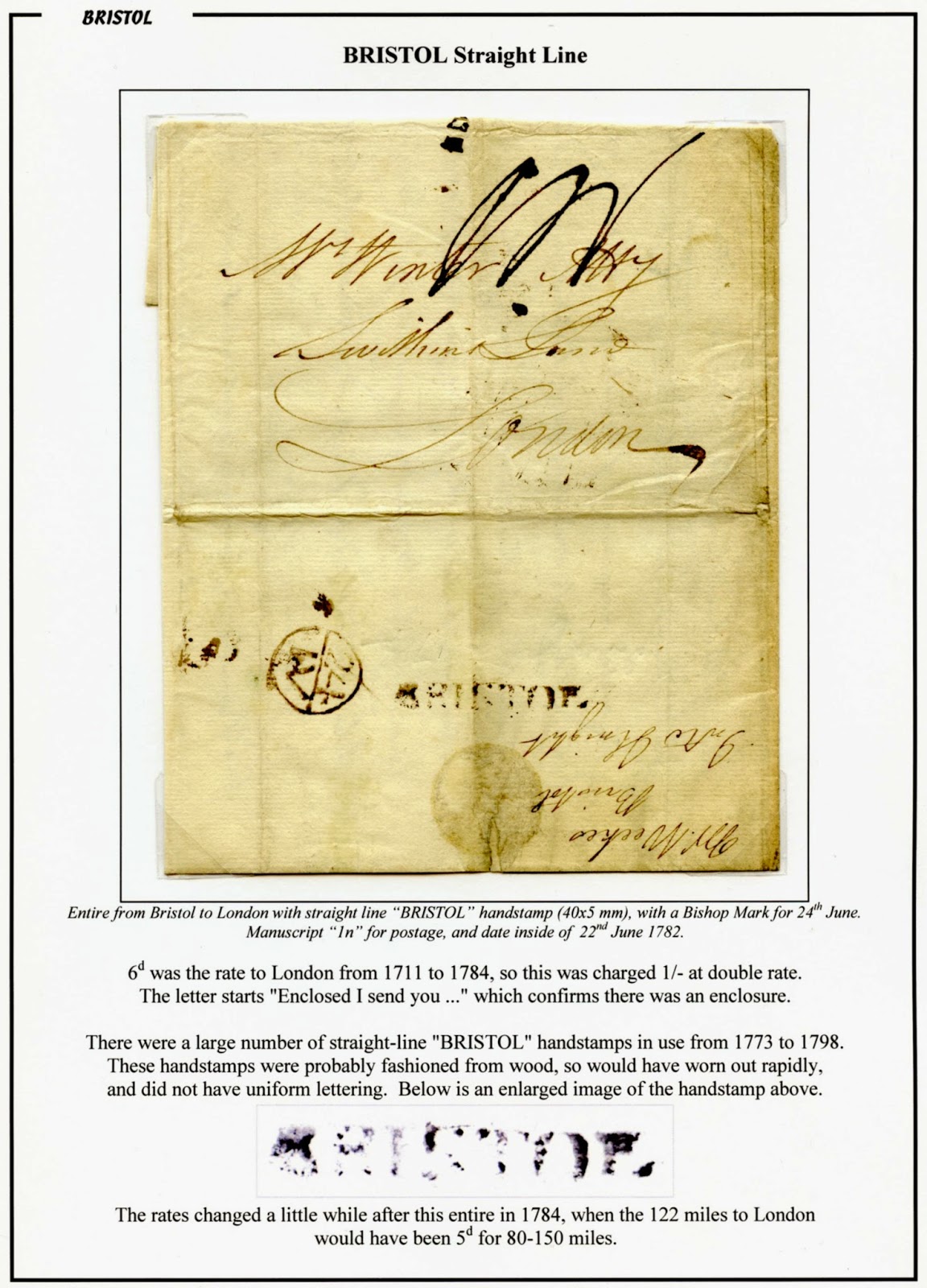 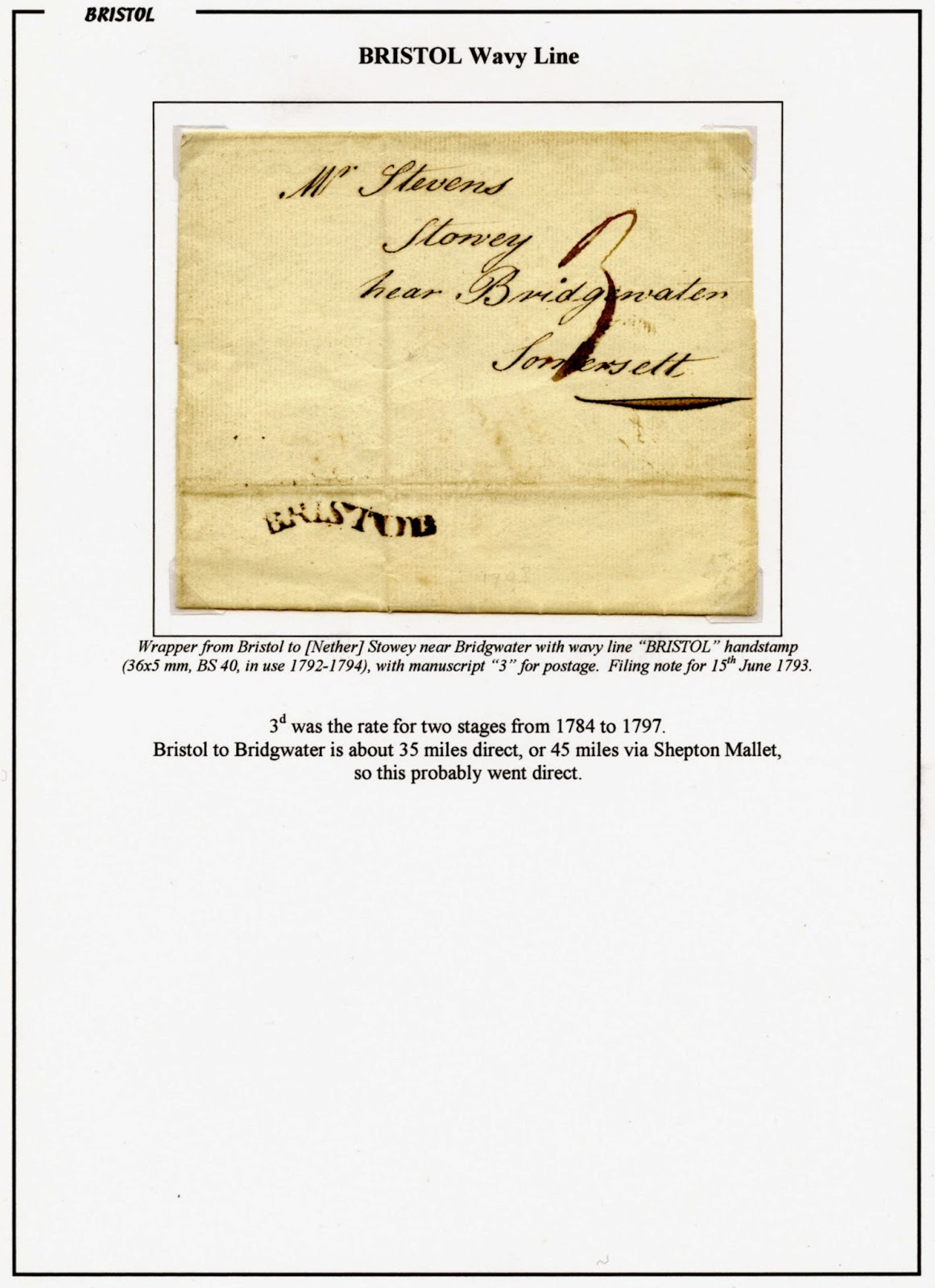